OK, I decided to start a project. After only one week of the #TeachersWrite Summer Writing Camp, I was already tired of not knowing what to do for the writing challenges and assignments, so I have dusted off my 2010 NaNoWriMo novel. I am going to revise it, incorporating the writing camp assignments, for “publication” for my classroom library. (I try to order novels from Create Space each year, but in 2010 and 2011, I didn’t order my own–only students’ novels.) This will be the encouragement I needed to keep modeling for my students.

Here is the beginning of my sci-fi Bible story about Queen Esther. 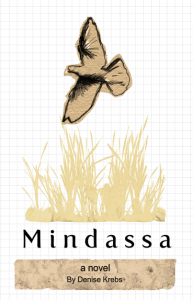 Sinede here, a clown in the king’s court. Everything you will read in the pages before you is true. It really happened. A story, a story, let it come, let it go—but always know, it is true, every word of it. The story starts soon, but a little background first. Have you ever heard of platform shoes? Many times in human history people have worn shoes that made them look taller. In the Earthly cultures of Asia, Europe, Latin America, and in the United States of America (that ancient self-centered and pretentious society of the second millennium) there have been several forms of the platform shoe. Sometimes they raised the back half of the foot to platform height, so the heel was up high and the toes were closer to the ground. Yes, I know it sounds strange.

Well, in my land, Visul, we don’t wear shoes—platform or otherwise. However, we do have an unusual evolutionary adaptation—the platform foot. Most humans on the scores of colonized planets in the Milky Way have developed feet similar to what folks have on Earth.

On Visul, however, we needed tall feet. You should see my country—yuck! It’s got a layer of fine dust, well, maybe I could call it “moondust” something you might know about. The visuldust is four to six inches thick! How could we ever walk around in that? We couldn’t, so our feet evolved. We have a platform of cartilage and thick skin—kind of like a giant bunion across the bottoms of our feet. No pain, though. (I don’t know if they are like bunions really. Do bunions hurt?) We walk barefoot wherever we go because our landscape is literally all the same. Dark black visuldust everywhere! Little atmosphere rests on Visul, so we get no wind. At least the dust stays in one place. The land is flat or very slightly rippled over large areas. There are no mountains, no bodies of water, nothing interesting.

Another difference in our evolution is the star shape at the base of fingernails. I think it was a smile and a shout-out from Providence to the “stars” of the galaxy. Let me tell you, my friends, we are stars! Jugglers, jokesters, singers, musicians, orators, actors, poets, puppeteers, writers. Visul is such an ugly boring planet, that we have had to make our own color. We have more than our share of talent. The stars of the universe! That’s for sure! Platform feet and star-shaped nail bases—just two of the obvious differences in our evolution—the interesting and colorful ones, as it were. I am not a scientist, but there are dozens of other traits that had to evolve for us to live on this planet.

One such evolution is our lungs. The air we breathe for instance is not 78% nitrogen, 21% oxygen, and 1% argon like you have on earth. (What is argon? you ask. It’s an inactive noble gas. More later, in science class.) Our lungs, however, have evolved to breathe the composition of our atmosphere, which includes oxygen, sodium, potassium, and primarily helium. (Yeah, we hear those jokes all the time about sucking helium. And, yes, our voices are a bit higher pitched than those of the humans on earth.)

One more way we, and all humans on the outer planets, are different than humans you may have heard of, or, you are, if indeed you are human yourself, is we have learned to genetically modify our population within the womb. The Visulians are a peaceful and loving people, so we have chosen modifications that enhance our artistic sides. We have also chosen to eliminate disease and other physical malformations that plagued humans for generations. Just as earlier Earthly generations took out small pox, black plague and yellow fever. Continuing in the 20th century, polio and German measles were wiped out. Now, in the 24th century, we have totally removed the cancer gene from our society; muscular dystrophy, amyotrophic lateral sclerosis, multiple sclerosis, diabetes—all gone from human development; and presently we are working to perfect the total elimination of obesity, which leads to massive social suffering and related heart diseases in the human condition. (I do actually love science.) I digress.

Let’s get on with the exposition.
Blakinon gave an unlikely proposition.
She said yes, and now we have a wide-eyed queen.
Would the king have picked her, had he foreseen?
We were so proud of her; Mindassa’s her name.
The joke was on Joryk who took all the blame.
Between those last two lines, comes most of the plot.
Sit back and relax, I think you’ll like it a lot.

Well, I always wondered as he stood before the firing squad if he said something like, “Well, I guess the ‘Joryk’ is on me! Har har!” Probably not. I’m the clown. He was just a pompous ass. He never would have thought of a great pun like that one. Before we get back to the story, here’s a triple shout-out to all my NaNo friends: The Roman wino, Iron Woman, ate a warm onion. What’s funny about this true story is it’s very sad and serious. It’s a story replete with violence, death, hatred, slavery, attempted genocide and terrorism. But, at the very same time, it is a comedic tale as old as life. The arrogant fool gets what’s coming to him in a whole comedy of errors. And now, our story commences.